Diabetes Educator Of The Year 2008 Contest 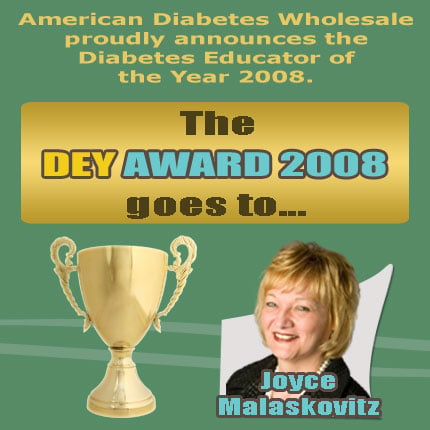 Created to recognize the unsung heroes of the diabetes epidemic, the Diabetes Educator of the Year Contest received an outpouring of support, and more than 60 people, in both the diabetes and non-medical communities, attended the awards ceremony. NBC 6 South Florida News Anchor and Type I diabetic, Joel Connable, hosted the event. Other attendees included diabetes education professionals, local dignitaries and members of our Destination Diabetes advisor team.

In addition, the event featured prominent speakers such as Donna Rice, immediate past President of the American Association of Diabetes Educators, and Charlie Kimball, a 24 year-old race car driver who made international history with a podium finish in the Formula 3 Euro series in his first race – after he was diagnosed with type 1 diabetes in 2007.

Christopher Thomas of Diabetic Rockstar and Andy “Mr. Diabetes” Mandell of the Defeat Diabetes Foundation were also in attendance. We want to recognize the team at IPump.org for their support of this important award as well.

Joyce Malaskovitz. Joyce believes in following dreams and taking risks. After the sudden death of her grandfather who had diabetes, Joyce embarked upon her lifelong mission to become a nurse and certified diabetes educator, and to provide the best possible care to all people with diabetes.

For the past 18 years, she has worked as the Director of the Diabetes Treatment Center at Desert Springs Hospital, and in partnership with Healthways, has led the hospital to become the first in the nation to achieve the Certificate of Distinction for Advanced Inpatient Diabetes Care awarded by The Joint Commission. She has spent countless hours supporting diabetes colleagues across the nation to prepare for their certification. She also spends time assisting various community organizations and businesses to make a difference in the fight against diabetes. She is their voice, educator, leader, advocate and friend.

The ADW Diabetes team extends a heartfelt thanks to everyone that made this award so special to all involved. Special thanks go to Home Diagnostics and the Boca Raton Resort & Club for making this year’s contest possible.

This year’s award was even better than last year, and we look forward to continuing our efforts to raise awareness about the importance of diabetes education. 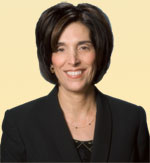 Donna Rice is currently the President of the Southern Sector Health Initiative (SSHI), an affiliate of Baylor Health Care System.  The SSHI is a new initiative for the Baylor Health Care System, with a vision of improving the care and saving the lives of people with diabetes, by creating a new care model focused on health care, prevention, education, and research in the Frazier Community of South Dallas.
Her primary responsibility is to bring this vision into a reality with the development of a “state of the art” Health and Wellness Institute that focuses on diabetes care and prevention.
She received her Registered Nurses Diploma from Saint Anne’s Hospital School of Nursing (Chicago) and completed her Bachelor of Science in Nursing from the Madonna University in Livonia, Michigan.  She also received a Master in Business Administration from Baker College of Business in Flint, Michigan.
She has been involved with diabetes management for the past 20 years and is a national and international thought leader on diabetes care.  Donna also serves as the current Immediate Past President of the American Association of Diabetes Educators for 2008.
Rice has also chaired a national task force and developed a national program on sexual dysfunction for the American Association of Diabetes Educators. She has also published a manual called Diabetes and Erectile Dysfunction: A Quick “n” Easy Guide for the Diabetes Educator, and currently co-authored a book called “Sex and Diabetes” with the American Diabetes Association.
She is frequently called upon to speak on the topic of diabetes education and has authored many publications on sexual dysfunction as it relates to diabetes, as well as numerous publications on diabetes care.  Donna has done numerous television and radio talk shows promoting diabetes prevention and care.
Donna recently relocated from Brighton, Michigan and has two grown sons.

Chris Stocker, Customer Relations Manager at ADW, was diagnosed with Type 1 Diabetes on April 3rd, 2004. Since his diagnosis, Chris has dedicated his life to increasing diabetes awareness both through his blog, Life of a Diabetic, and by volunteering at the local American Diabetes Association and at JDRF events.
At ADW Diabetes, Chris is responsible for not only managing client relationships, but also for developing affiliations with diabetes educators and local diabetes-focused organizations.

Local American Diabetes Association Team
The American Diabetes Association is leading the fight against the deadly consequences of diabetes and fighting for those affected by diabetes. The Association funds research to prevent, cure and manage diabetes; delivers services to hundreds of communities; provides objective and credible information; and gives voice to those denied their rights because of diabetes. Founded in 1940, our mission is to prevent and cure diabetes and to improve the lives of all people affected by diabetes.

The American Diabetes Association is very active in the local South Florida community. From educational programs that target high-risk populations, to community events that raise money for research and advocacy, the Southeast Florida office is committed to fulfilling the mission of the ADA.

About the Diabetes Educator of the Year Award

ADW Diabetes (ADW) created their award program in an effort to recognize the unsung heroes of the diabetes epidemic and offer promotion and recognition to dedicated healthcare professionals who remain committedto helping those living with diabetes.

Any and all diabetes care professional are eligible to win the contest, including Certified Diabetes Educators, nurses, physicians and any other healthcare professional who is committed to helping his or her patients learn how to effectively manage their diabetes. The nomination period ended November 7, 2008. Our esteemed panel of judges are currently reviewing all nominations. We would like to thank everyone who sent in nominations.

We’re rewarding our Diabetes Educator of the Year to a much deserved relaxing luxurious weekend. The winner will receive a 2 night/3 day stay at a luxury resort in South Florida. Round trip airfare for two and ground transport between the airport and the hotel are also included. In addition, the “Diabetes Educator of the Year” award will be presented by ADW Diabetes during a special ceremony to honor the winner.

HOW TO ENTER: To enter, compose an essay of 250 words or less about a Diabetes Educator who has made an incredible difference in the lives of diabetics. Self-nominations are permitted. Statements made in your entry must be true and accurate, to the best of your knowledge. Include the nominee’s name, email address and daytime phone number, along with your name, email address and daytime phone number.

Barbara J. Odom
Our 2007 Diabetes Educator of the Year

We here at ADW Diabetes are honored to announce Barbara J. Odom, RN, PHN, M.ED as the first-ever recipient of their Diabetes Educator of the Year Award. Our expert panel of judges sorted through hundreds of qualified nominations that included Certified Diabetes Educators, nurses, physicians, and other healthcare professionals from around the country. Barbara was chosen because of her dedication and commitment to helping those afflicted with diabetes live healthfully.