New Changes in the Diabetes World

Patients are constantly asking what is new in the field of health and diabetes. Since diabetes affects so many people worldwide, whether it is the patient, family member or caregiver, it is important to stay informed. New information, studies, medications, products and technologies are emerging on a daily basis since diabetes is so prevalent. Let’s examine what is currently being discussed in the world of diabetes which include the I-Sage Rx App, Dehydration, The ACA, The Cost of Diabetes Worldwide and FIASP a New Insulin.

The FDA has approved a new mobile App to help patients with type 2 diabetes manage their basal insulin. Basal insulin is a long acting insulin that dispenses through the day and is taken 1-2 times daily, either in the morning or the evening. Examples of basal insulin are Lantus, Levemir and Tresiba. “The I-Sage Rx App allows your physician to adjust the basal insulin levels based on blood sugars by using the web.” It was developed by Amalgam Rx.

The App also helps patients with clinical, educational and behavioral support in relation to self-administration of insulin. The I-Sage Rx App can help patients overcome the fear and barriers of using insulin in an effective manner. According to Amalgam Rx, “51% of patients started on insulin make avoidable mistakes which will affect blood sugars and may have an impact on future diabetes complications.” It is especially helpful for patients being followed by primary care physicians or internists who may not have as much experience with insulin regimens as endocrinologists. The company is hopeful to eventually add blood glucose monitoring and CGM- continuous glucose monitoring to the present App.

Summer is almost here in many parts of the country but it has already arrived in the south. One of the biggest problems related to summer health with any medical condition is dehydration. Dehydration can cause unpleasant and dangerous side effects especially when you have a chronic disease like diabetes. Our bodies contain about 60% water which is inside our cells, in our blood and circulatory system. 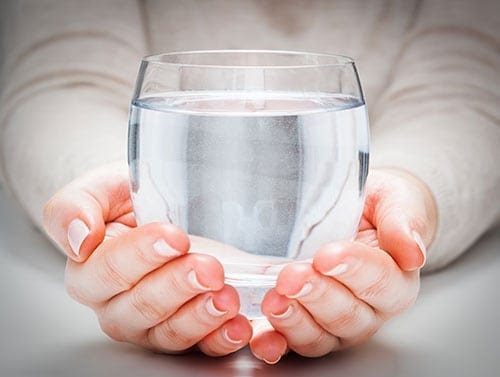 For proper bodily function, our bodies need a correct amount of fluids and electrolytes. When chronic dehydration occurs, we can have avoidable problems with symptoms to follow. Fatigue is a result of inadequate fluids that leads to reduced oxygenation of the muscles, causing weakness, sluggishness and more fatigue. Constipation can occur because of dehydration along with lack of adequate fiber and movement. Especially important to people with diabetes, dehydration can lead to food cravings and over-eating. Many times people “confuse thirst with hunger” and then over-eat and make poor food choices, instead of just drinking fluids.

Dehydration can slow down metabolic rate, your metabolism or how many calories your body burns at rest. This influences weight gain which then increases inflammation and insulin resistance which is already a big problem for people with diabetes. Headaches can also be triggered by dehydration. It may take up to 30 minutes to rehydrate after drinking so do not be alarmed if you do not feel better instantly. “Most adults require 2 liters of fluid a day.”

Rely on the color and frequency of your urine and not the old adage ” 8-10 glasses a day “since our daily intake needs vary. They can vary based on temperature, humidity, cloud cover, sun exposure, activity level and your body size. Urine color should be a very pale yellow color when you are hydrated properly. Medications such as water pills may contribute to dehydration.

Be pro-active this summer instead of reactive. Drink before you get thirsty and drink often. Concentrate on drinking plain water but if boredom comes and persists, add sugar-free drinks such as ice tea, coffee or other calorie-free beverages. Use sunscreen, cover your head with a hat, wear sunglasses, stay inside if possible during midday sun and avoid becoming over-heated.

Repealing and Replacing the Affordable Care Act or Obama Care

As of May 4, 2017, the house will possibly vote again on replacing ACA after its previous failure to pass. Multiple organizations including the AMA- American Medical Association, AAFP- American Academy of Family Practitioners and AARP are opposing the current changes, even though no one has seen the final statement. They are reviewing the currently known flaws. According to these organizations, “any compromise would undercut substantial progress that has been expanding health care. It could lead to more than 24 million individuals losing health care in 2026.”

The physician’s coalition and AARP are opposed since “the proposal could force individuals with chronic conditions (heart disease, diabetes, mental illness, arthritis, cancer) into underfunded high risk insurance polls sponsored by individual states.” The remaining out of pocket costs may be prohibitive to the patient. They are also concerned that “individuals over age 50 will be paying higher premiums based on their age.” The AAFP group has asked Congress to focus on “stability in the health insurance market, support of preventive care measures, reducing pharmaceutical costs, reforming liability laws, lowering administrative burdens on physician’s which keep them from their patients and funding the children’s health insurance program.” The coalition have created a “Speak out Campaign” for their members to contact their legislatures and tell them what they feel is needed. It still remains to be seen when they will vote, what occurs in the House vote, what happens in the Senate vote and what the new insurance act really states. Stay personally informed since these changes can affect you and overall health.

“The global economic burden of diabetes was estimated to be $1.31 trillion in 2015” with the costs continuing to escalate at the present time. 65% of the costs are direct which consists of treatment modalities, diabetes products and supplies, medications, hospitalizations, physician consults and complications. 35% of the costs are related to indirect costs such as “labor force drop-out due to morbidity and mortality.” This can have a huge impact on the economy.

North America was affected the most with Europe following close behind. Unfortunately, as India and China become more industrial and people can afford more, their rates of diabetes are reaching new highs. Type 2 diabetes is often seen as a disease of “affluence” according to Christian Bommer, an economist from Europe. The findings should encourage us all to reduce the burden of pre-diabetes and diabetes through improved prevention and treatment. Patients can do their part by being educated about diabetes and the treatment, exercising routinely, maintaining controlled blood sugars daily, knowing their A1C, maintaining blood pressure and cholesterol levels, not smoking, continuing foot, dental and eye care, keeping their 3 month MD appointments, scheduling routine bloodwork, and taking their medications properly.

FIASP, fast acting insulin Aspart, is available in Europe and Canada in vial, penfill or flex–pen. The flex-pen will be the only form available in the US. FIASP will be recommended to take prior to a meal but can be “taken 2 minutes before or up to 20 minutes after the start of a meal”. It is said to have “more flexible dosing, earlier as well as greater absorption than regular Aspart or Novolog. The available data shows there may be more hypoglycemia (low blood sugar) since patients are not used to such a rapid response of insulin. Patients may also see lower blood sugar spikes after meals. According to the EU and Canada, pricing is similar to Novolog, but there is no discussion about pricing in the US at the present date. Novo-Nordisk has reapplied for approval with the FDA in March 2017, and are waiting to hear by the end of the year. As we already know, most of the new insulins remain extremely expensive. It will be interesting to see if that changes in the near future.

Diabetes affects everyone in one way or another. New information is constantly being offered to keep you healthy and your diabetes better controlled. Stay aware and ask questions!

Have a question or comment? Then post below, no registration required. I would love to hear from you!

NOTE: Consult your Doctor first to make sure my recommendations fit your special health needs.